Fairbanks, Alaska’s second largest city, is surrounded by the Tanana Valley. At an elevation of 436 feet above sea level, the city enjoys stunning views of the Alaska Range to the south.

The city population is around 32,000, but nearly 98,000 live in the Fairbanks North Star Borough, which is an area the size of New Jersey.

For a cultural and historical experience, there is a wealth of information about the people, places and wildlife of Alaska at the University of Alaska Museum of the North’s award-winning exhibit gallery.

Pioneer Park is a historic theme park in Fairbanks, open year-round, featuring historical shows, activities and museums. There is no entrance fee to the park itself although some museums & attractions charge a fee. RVs can stay in the park for $12 a night.

There are several hot springs locations accessible from Fairbanks. Chena Hot Springs, founded over 100 years ago, is a developed hot springs destination open year-round with lodging and camping facilities. The hot springs are about an hour (56.5 miles) from downtown Fairbanks, but you may want to take some time for stops on the scenic Chena Hot Springs Road. Wildlife is seen frequently on this road.

The climate in Fairbanks is semi-arid with very little wind. Summer temperatures can reach as high as 85°F and as low as 40°F. From mid-May until late July, the summer sun shines for almost 24 hours a day. Every year, usually on the third Saturday in June, Fairbanks attracts over 3,000 participants for the Fairbanks Daily News-Miner Midnight Sun Run which has a late evening start of 10pm.

Fairbanks was first known as “Barnette’s Cache.” The name was changed to Fairbanks in 1902 when the town was founded by E.T. Barnette to honor Charles Warren Fairbanks, a U.S. Senator from Indiana. He later became Vice-President under Theodore Roosevelt. Senator Fairbanks’ name was suggested to Barnette by Judge James Wickersham, a political patron of the Senator.

Fairbanks is the junction for the Parks, Richardson, Steese and Elliot Highways. Parks Highway continues past Denali National Park to Anchorage and Richardson takes a longer route to Anchorage via Delta Junction.

The international airport in Fairbanks has frequent flights within Alaska and to the
lower 48, as well as international flights to and from Japan and Germany. The airport is about a 15 minute drive from downtown Fairbanks.

Some roads outside of Fairbanks are gravel or only partially paved, such as the Dalton and Steese Highways. Gravel road rental cars and RVs are available from some companies in Fairbanks. 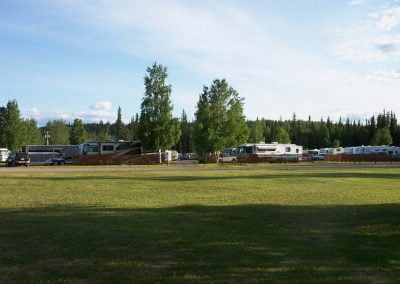 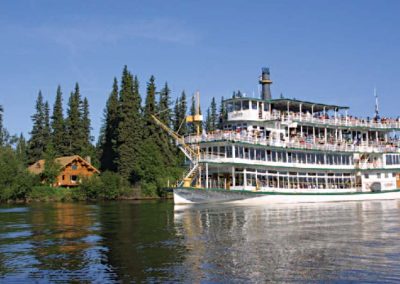 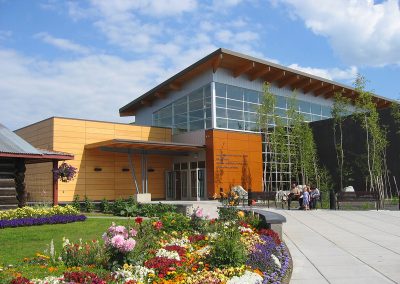 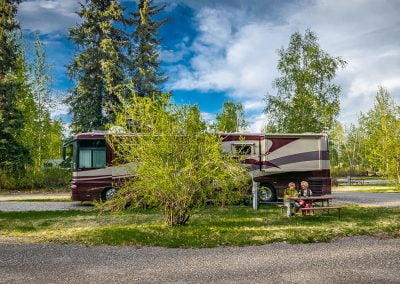