Nestled in the Matanuska Valley and bordered by the Chugach Range and Talkeetna Mountains Palmer is surrounded by spectacular grandeur. Located 42 miles northeast of Anchorage on the Glenn Highway, Palmer is a destination as unique and unparalleled as can be found in the state.

The downtown welcomes visitors as it is pedestrian-friendly and has numerous business, shops, and farmers’ markets offering a variety shopping experiences including clothing boutiques, vendors with arts and crafts from local artists, and world-class fresh produce. Noteably, Palmer is a garden hub for the state, the agriculture in Palmer is a staple for communities across the State of Alaska.

Experience the warm and relaxed feel of small-town Alaska. During the summer the city of Palmer is bustling with activities. The Friday Fling market and fair provides entertainment and music along with food and fun. Palmer also has a world-class 18-hole golf course.

From hiking in the near-by mountains, exploring the rivers, or leisurely strolling through the gardens and Visitor Center museum recreation abounds in the summertime in Palmer.

During the winter the snowy slopes at nearby Hatcher Pass and surrounding areas offer snow machining, snow-shoeing, ice skating, dogsled mushing and cross-country skiing. Any time of the year is a great time to visit Palmer.

The city is home to the annual Alaska State Fair. Visit the fair and see the amazing giant vegetables produced by the unique microclimate surrounding Palmer. 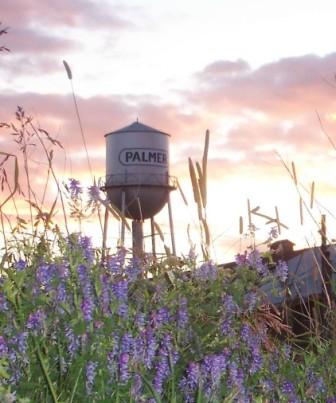 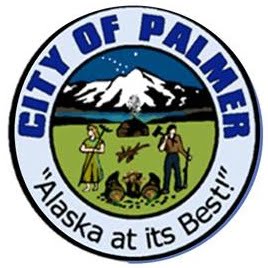 Things to do in Palmer, Alaska

A must-see when visiting Palmer is the Palmer Museum of History & Art. Knowledgable local staff will introduce you to the history  of the region. There is an outdoor farm exhibit and the museum provides an engaging audio tour of Palmer’s historic district. The guided tour is also available. 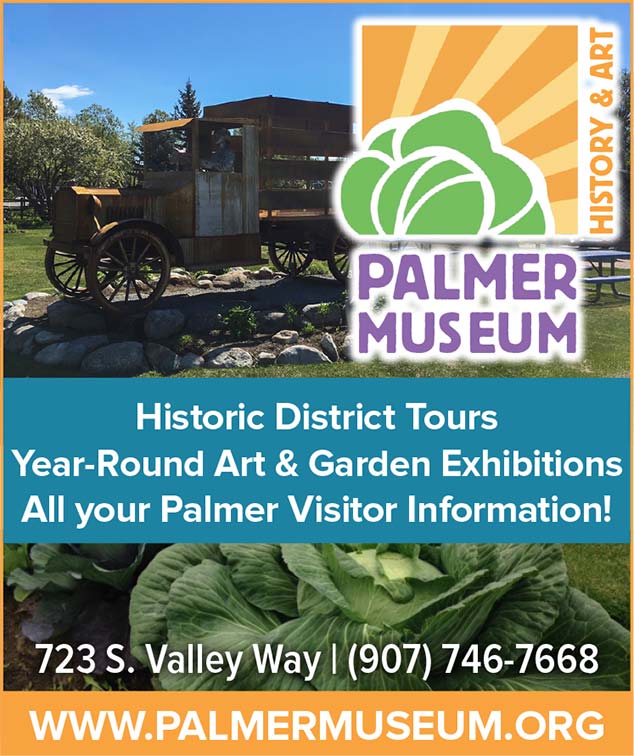 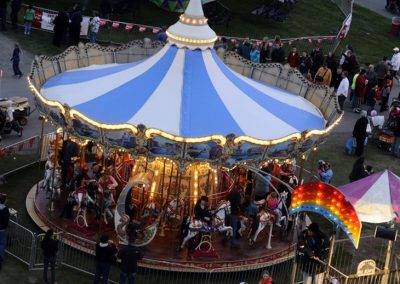 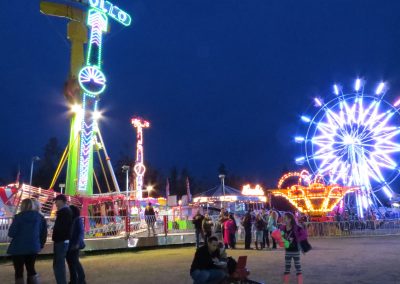 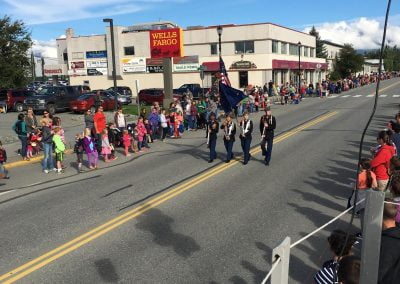 The Alaska State Fair has been annually held in Palmer since 1936 and is a continuous source of fun and excitement for the people of Alaska. It combines agricultural exhibitions with rides, live music, a rodeo, and lots of food! The fair is approximately 12 days and begins at the end of August and goes through to the beginning of September. This event draws visitors from the entire state. It is famous for its record-setting giant vegetables and picturesque location at the foot of the Chugach Mountains in the Matanuska-Susitna Valley. The fair features amusement rides, food concessions, competitive exhibits, carnival games, live performances, and much more. 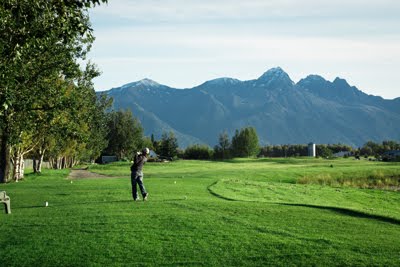 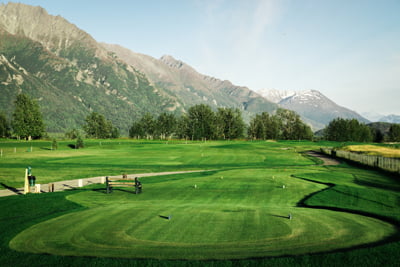 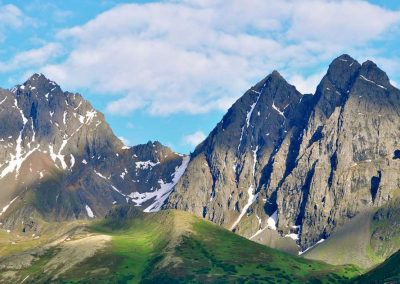 The city of Palmer has an exciting par 72, 7,300-yard championship golf course. Located in the heart of the Matanuska-Susitna Valley, the course is designed around some of the most awe-inspiring vistas. Players and visitors to the course are rewarded with spectacular views of Pioneer Peak, The Knik Glacier, and the Matanuska River.

The Palmer golf course boasts a first-rate practice facility that includes two practice greens, an all-grass driving range, and a full accompaniment of powered carts for your convenience. Golf Digest magazine continually ranks this breathtaking course in the top five in their “Best of State” edition. The course also has four sets of tees, welcoming players of all skill levels. The Palmer golf course is an inviting, sublime place for anyone who loves golf to enjoy.

A Great Place to call Home: Settling of the Matanuska Valley

The riches of the Matanuska Valley have sustained settlement in this area for thousands of years.

Copper River Ahtna native people found the Matanuska Valley rich in game and fish, and a natural trade route between the tidewater and interior Alaska.

Prospectors went into the mountains looking for gold and minerals, and new trading posts were set up on the shores of Knik Arm and the Matanuska River to supply the area.

The development of large mines such as Independence Mine brought more economic activity and a growing population.

A government expedition in 1898 found coal reserves east of Palmer. The Matanuska coal fields helped to generate the construction of the Alaska railroad in 1915. The railroad and mines contributed to the Valley’s economic and population growth.

By 1917 the Alaska Railroad was built through Palmer to the Matanuska coal fields. In addition to hauling coal, the railroad expanded markets for homesteaders’ crops and, in 1935, brought the colonists to Palmer.

The 1935 Matanuska Colony Project was one of 104 New Deal community projects of President Roosevelt’s administration. Two hundred one families from Minnesota, Wisconsin, and Michigan arrived in Palmer and built an entirely new community dedicated to a cooperative agricultural enterprise.

This project helped to settle the area and establish agriculture to support the growing population. Palmer emerged as a strong community that remains the heart of agriculture in Alaska.