Southeast Alaska, also known as the Alaska Panhandle, is a picturesque area of mountains, fjords, rainforests and small coastal towns.

The area is popular with visitors for its scenery and mild climate. The inside passage offers activities such as whale watching, kayaking and canoeing. It is also a popular route for cruise ships during the summer.

More than 80 percent of Southeast Alaska is part of the Tongass National Forest, which, at 16.9 million acres, is the largest National Forest in the United States. Almost half of Tongass is covered by ice, water, wetlands and rock. It includes Mendenhall, LeConte and Hubbard glaciers as well as the Alexander Archipelago.

The Alaska portion of the inside passage runs through channels and fjords which are formed by the tops of submerged mountains of the Coast Ranges. These mountain tops make up the 1,100 islands of the Alexander Archipelago.

The southeast was the first area of Alaska settled when it was acquired by the United States from Russia in the Alaska Purchase in 1867.

Native American and Russian influences can be seen in the small coastal towns along the inside passage. The onion-domed, icon-laden churches are evidence of the Russians who once settled the land. The Tlingit, Haida and Tsmishian people have lived in Southeast Alaska for over 10,000 years. Their history is carved into towering totem poles.

The towns of Haines, Skagway and Hyder are all accessible by road through Canada but most communities, such as Juneau, the capital of Alaska, are only accessible by sea or air. The Alaska Marine Highway provides transportation between towns and also connects Southeast Alaska with the rest of Alaska and the continental United States. 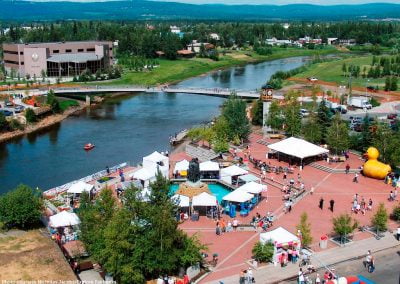 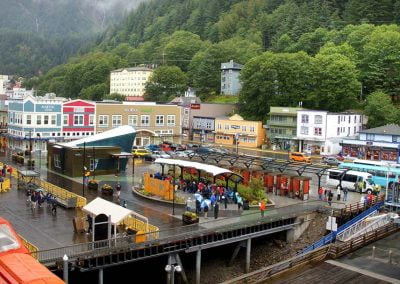 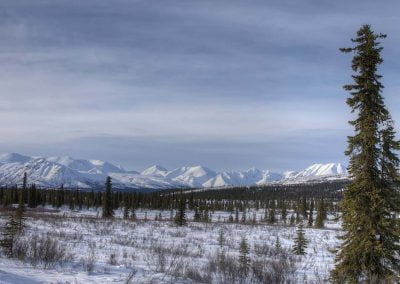 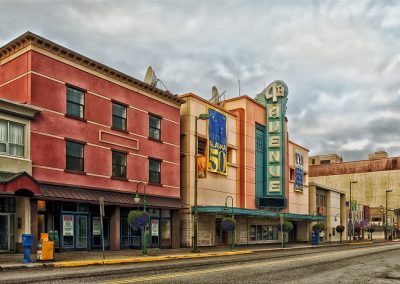 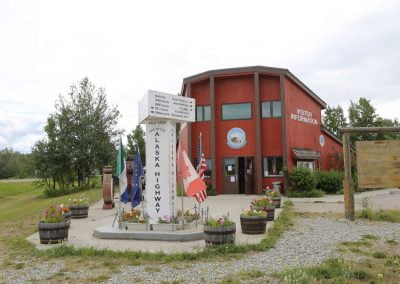 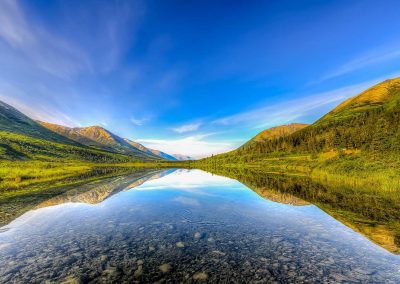 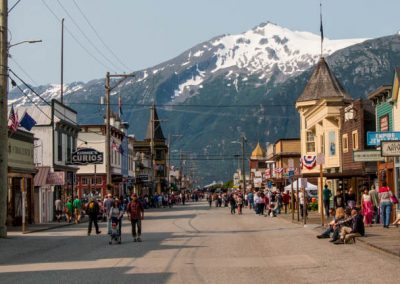 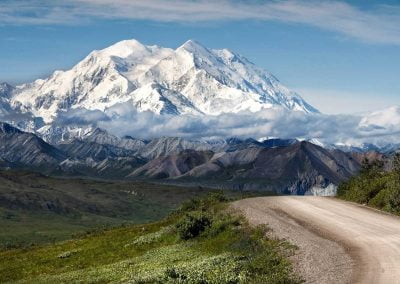 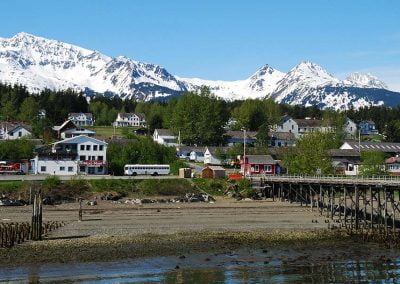 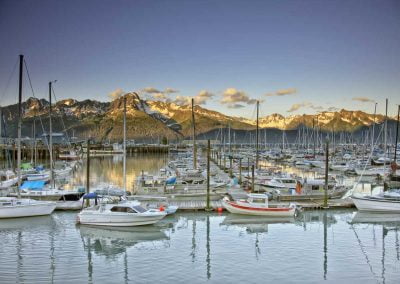